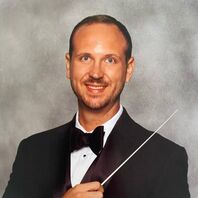 Mr. Tommy Bunnens is a proud graduate of the Charlotte County Public Schools, and a CHS alumni (class of 2010). Mr. Bunnens received his Bachelor's of Music Education from Florida Gulf Coast University and his Master's of Music Education from The Florida State University. Additionally, Mr. Bunnens is the alto saxophonist, and one of the founding members of, the Cypress Saxophone Quartet, the premier saxophone quartet of Southwest Florida.
Mr. Bunnens taught for several years within the collier and lee school districts, before coming home to CHS in 2020. His current responsibilities include the Charlotte High School Silver King Marching Band, Eurythmics, Concert Band, Symphonic Band, Jazz Band, and Percussion Ensemble. While at CHS he has seen a steady increase in band students, growing the program from 90 students to over 120 in two years time. During the 2021-2022 school year his Jazz and Concert ensembles all received Superior ratings at district MPA; the first time since 1999 and possibly the first time to happen in CHS' nearly 100 year history.
In his spare time, Mr. Bunnens enjoys going to the gym, playing video games, and giving his dog and cats lots of belly rubs; much to their dismay. 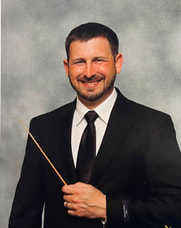 Mr. Thomas Dubbert is a product of Charlotte County Public Schools, graduating from Port Charlotte High School in 2006.  After graduation, he attended Ohio State University, where he performed in several concert ensembles and the Athletic Bands performing around the state of Ohio and athletic events. He received his Associate’s degree from Ohio State, his Bachelor’s degree from Argosy University in Fine Arts, and his Master‘s in Music Education from Bowling Green State University; he is also an alumnus of the Bluecoats Drum and Bugle Corps, aging out in 2009.
After returning to Florida in 2011, he served as Percussion Instructor and then Associate Director of Bands under Jose Lopez at Port Charlotte High School until 2018. He then took the position of Director of Bands at Mariner High School in Lee County, Fl serving there for two years before going to his current position as Director of Bands at Woodland Middle School in North Port, Florida, in 2020. His bands have found success receiving superior ratings in concert, jazz, and marching. He has served on the teaching staff of the Heat Wave Drum and Bugle corps from 2017-2019 and is a private instructor having students perform in the Florida All-State bands with several students making the ensemble 4+ times. He enjoys grilling, playing softball, and spending time with his wife Kendice and children Kyler and Tynley.

Charlotte County Public Schools attempts to make all of our websites accessible to all visitors.  If you encounter a problem with website accessibility, please fill out our webpage accessibility request form to request alternative access to the content.  Or please call the school or district department responsible for the page and they will provide you with alternative access.
​
Social Media:  Social Media is a powerful tool and can be used constructively to improve individuals and the Band as a whole. Students are subject to the rules of use as outlined in the CCPS Code of Conduct. The use of social media to complain about personnel or policy, malign individuals or to vent frustration may result in that student’s removal from the program.  Live streaming and/or posting of videos or photos from rehearsals or performances must have the Director’s approval.